Author: Emma Ryde
The need for outdoor systems is increasing, due to the ever-expanding requirement for all things to be connected. This need will only increase but it is paramount that when a system is to be placed outside, serious consideration is given to the design of the housing that the critical infrastructure equipment will sit in. Whether it be telecommunication, rail, airports or highways the overriding factors are the same. Outdoor enclosures usually contain critical infrastructure equipment and as such, we need to ensure that we are protecting this equipment. The key question from within industry is, why would you put equipment in an enclosure that isn’t specifically designed to work in that environment?

Rittal's product manager for industrial and IT enclosures Emma Ryde, often asks, why do people continuously put important pieces of equipment into enclosures that will most likely leak, allow the equipment inside to overheat or cause condensation during the winter months, as well as offering no form of security protection against individuals who wish to gain access, damage or remove the equipment.

In larger and or more critical applications, the equipment placed internally, will cost in excess of tens of thousands of pounds. In industry today, more than ever before, we are seeing businesses choosing enclosures based on cost rather than its ability to protect critical equipment. The enclosure itself is just as important as the equipment it is protecting. It is key to bare in mind that if the enclosure fails, so will the infrastructure it is protecting.

When deciding on the most suitable outdoor solution for your project or network, in this blog post, Rittal's experts can offer advice on what factors are most critical to consider. When you are selecting an outdoor enclosure, it is worth noting that thorough research is critical to select the right enclosure as simply because its labelled ‘Outdoor’ does not mean it has the right characteristics to face the elements and securely protect your critical equipment.

Protection from the elements included

When an enclosure spends its lifetime outdoors, it will most likely face many years of the hottest summers and the harshest winters, the most vulnerable part of the enclosure is usually the door seals. Protecting the door seals means prevention from water leaks into the enclosure, this in turn increases the enclosures lifespan.

Water that is contaminated can cause degradation and over time the seal will fail, in many cases the seals can’t be replaced. But over time this can then become a costly fix with the potential requirement for a new door or a new enclosure. Adding an after market seal, often means the IP rating is no longer valid. Water sitting on the seal during the colder months can freeze, as the water expands it will push the door away from the body of the housing and again, allows water inside. The best way to avoid these types of issues is to choose an enclosure that has an overhanging roof or a design that protects the doors seals. Standard enclosures  have no such design feature, meaning often they are unsuitable to be placed outdoors.

Security and vandalism is one of the most concerning issues when placing equipment outside and in public spaces. Selecting an enclosure where careful consideration has been given to the design, to prevent vandalism or a member of the public gaining access to the enclosure and its contents is key. Although eradicating this possibility completely is slim.

However, you can select an enclosure that has features that act as a deterrent. If someone wants to gain access, then they will attack the weak points of the enclosures first these being the handle and lock, then they may also look at the hinges of the door if these are visible. Choosing an enclosure where different handle and lock options are available or having a lock inserted that requires a specific key and cannot be opened with a tool. Hidden hinges on the doors also prevent individuals gaining unauthorized access. In most cases, this only needs to be for long enough before they are disturbed or they get bored of trying. Hidden hinges mean they cannot easily remove the doors, trying to gain access in other ways will then mean bigger tools or more noise. Both of which are usually a deterrent enough.

Double walled enclosures offer a chimney style effect, to eradicate some of the heat created by UV solar gain. Whilst it does not stop all of the heat transfer the outer layer assists with reflecting some of the light that is transferred through the outer wall, some of this is then taken away between the two layers up and out of the roof area which is ventilated. Any heat gain left along with heat generated by the equipment inside should then be able to be dealt with using a range of climate control options. This maybe simple fans and filters, louvre arrangements or by using forced air cooling. Considering if the enclosure you have selected can offer these options as a retrofit at a later stage is key during the decision making process.

More often than not climate control is hugely overlooked in outdoor applications, the assumptions is that any heat loss generated by the internal equipment will be lost through the transfer of the walls, especially when placing an enclosure in a cooler country such as the UK. Sadly experience tells us that this isn’t the case, sitting equipment in an enclosure works, much like a flask, some heat transfer will be lost but how much heat is being generated in the first place? Has a thermal calculation been carried out? If the enclosure is subjected to higher ambient temperature or more equipment is installed at a later date, considerations need to be made, for if cooling can be added as an option later on? These are important points that if considered early on can save huge amounts of time and cost, further down the line.

Double walled enclosures also offer the benefit of refurbishment in the event of damage. Rather than removing the whole enclosure, which would mean a shut down of the infrastructure network it is part of, then the outer walls can simply be replaced.

Lastly are you using the right materials? Stainless steel outside may sound suitable, however its costly and not always the right option. Painted aluminum is lightweight but durable and has the ability to be handled more efficiently, dependent upon the application. GRP may also offer more benefits and would be significantly cheaper than stainless steel.

The next time you need an outdoor enclosure, I urge you to really consider the enclosure as a critical piece of equipment, within the project or build. Selecting the right solution, initially will ultimately save you time and money overall.

To find out more, download the Outdoor Systems Solutions Brochure below:

To learn more about Rittal's outdoor systems solutions, follow the link below to our Outdoor Enclosures Blog post:

Emma Ryde Emma has a wealth of experience gained over 20 years, developing technical sales in a range of industries including food and beverage, automotive and transport. Her sales and engineering experience as a key member of the Rittal team resulted in her being appointed as Product Manager for Industrial and IT Enclosures. Her remit extends across support for Rittal’s customers in existing markets, as well as developing new opportunities as they arise. She has an HNC in Mechanical Engineering. eryde@rittal.co.uk Emma Ryde auf LinkedIn 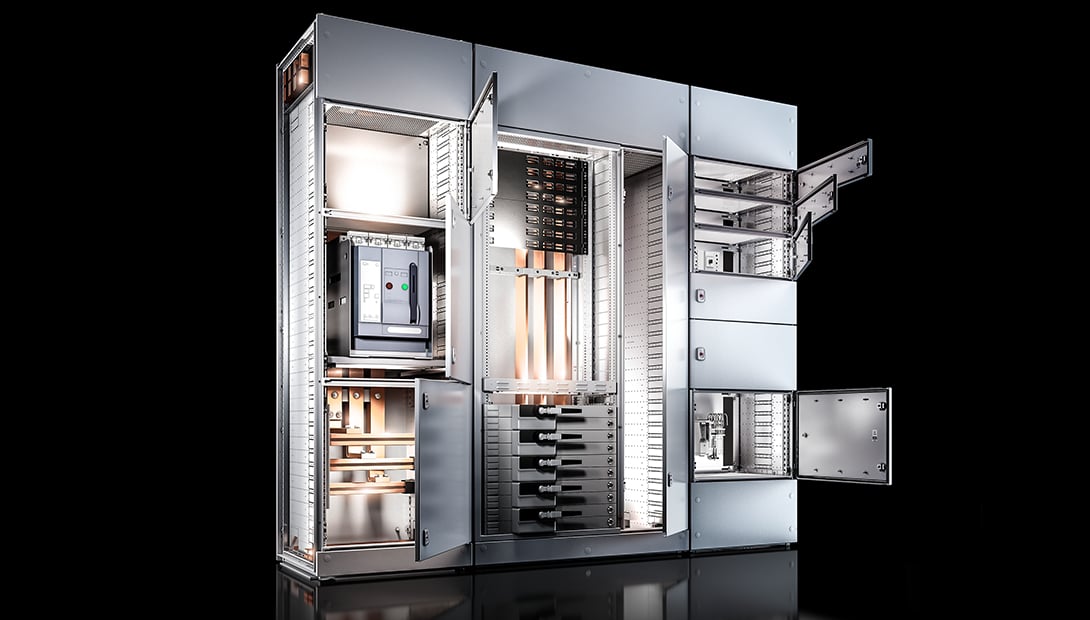 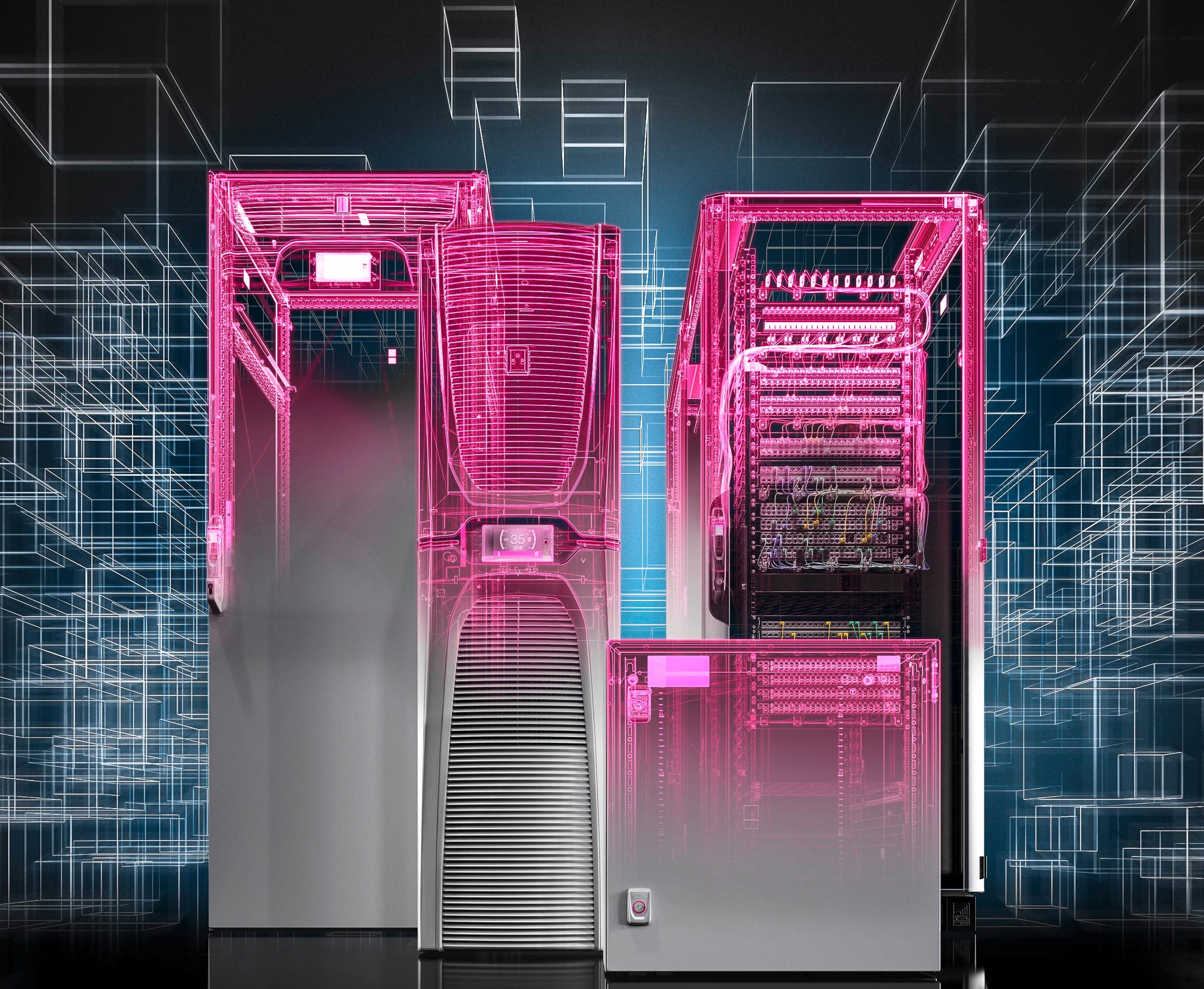